My first series of novels, The Kepos Chronicles, is well underway. A fast-paced and exciting YA adventure, it’s perfect for biology nerds, insect enthusiasts, and science fiction aficionados. 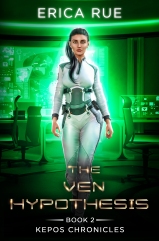 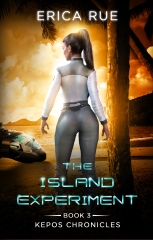 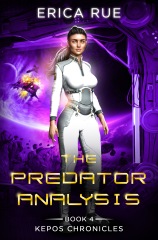 Dione Quinn is a biology nerd, not a fighter, but when a school research trip goes wrong and the Venatorians attack their ship, she doesn’t have much of a choice.

In fact, she has even fewer choices when her best friend, Lithia Min, jumps them to a planet outside the Alliance-protected Bubble. They’ve escaped for now, but on top of being stranded where no one will find them, one of her classmates has been injured in the attack. The only thing that can save her is on the uncatalogued planet Kepos.

As Dione discovers the truth about the planet and the lengths to which she must go to save her friends, Kepos presents a problem. One that will force Dione to decide: what is her future worth?

The Vens have landed on Kepos, and we’re all going to die.

The thought races through Dione’s head. Without a working jump drive, she and her friends are trapped on Kepos with the quarreling colonists. As the Vens prepare to attack, the two opposing settlements, the Aratians and Ficarans, are too busy feuding to take the threat seriously. If Dione can’t get the colonists to work together, the Vens will end every single life on Kepos, including her own.

She knows she can’t save everyone, but can she save anyone?

Even the plants are trying to kill her.

Dione and Brian head to the southern island to find his father, but their rescue mission becomes a fight for survival. As they chase a clue that might aid their search, they must pass through a gauntlet of genetically engineered terrors, and none is more terrifying than the vicious dragons that live at the center of the island.

Dione can’t even call in reinforcements. Lithia and her other friends are busy dealing with the Green Cloaks and remaining Vens on the mainland. Dione must find her own way home. A discovery at the heart of dragon territory could be her only chance to escape the island and even leave Kepos. Before she gets there, she has to figure out a way to defeat the dragons.

That is, if she survives long enough to face them.

Dione and her friends return to Alliance space and discover that outer colonies are falling to the Vens and the Sugians, a new threat. The Sugians are a natural predator of the Vens, but they prey on humans just as readily. On her way home, Dione gets tangled in a plan to end a war that she didn’t even know had begun. She and her friends must unravel the truth about a mysterious weapon that could save humanity, but will she survive long enough to wield it?